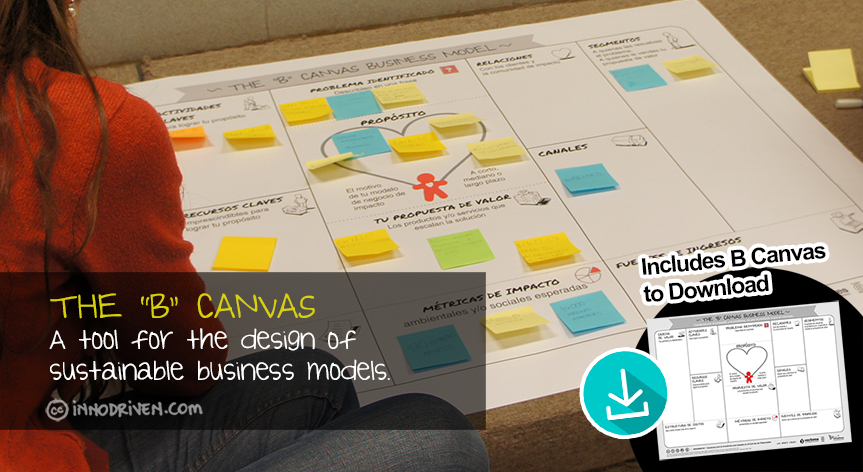 After having taught dozens of workshops o Business Model Design since 2010 onwards, one day I woke up and I questioned the canvas by Osterwalder.

I felt that all workshops ended in the same thing:

I realized that the canvas made them look first at the market and not their immediate environment and consequently they copied trends wanting to be in Silicon Valley before having landed an idea. Totally surreal!

When changing the initial questions of the traditional canvas, such as: What is your product or value proposal? What is your customer segment?, by What problem does your idea resolve? Who do you want to solve the problem for?, the results changed immensely. The emotions, the sense of belonging, the ability to identify real problems of their territories and creativity increased considerably and with it business viability.

Knowing the problems means to know your closest environment, its having experienced in first person a situation you should have resolved and others may need that solution.

Orienting on problems instead of generating new needs as marketing does, is to focus on the business of the future. In the era of finiteness of resources and in a world where 1% of the world population concentrates 48 % of the wealth, we have reached the point where it is unsustainable to generate new needs for the sole purpose of selling. The risk is high and the results are all too shortsighted.

Design thinking well applied follows in its nature the solution of a problem based on an ethnographic, systemic, efficient and sustainable approach

After experiencing that at the end of a workshop attendees were still talking, projects began to align and months later coming across ventures that have arisen from my workshops I started realizing that I no longer had to use the traditional canvas and I therefore shall re-design it.

The findings of my hypotheses were: 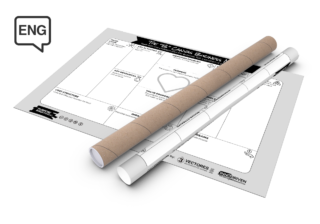 B Canvas is a visual tool for designing business models with purpose. Will help you to design your sustainable business model by pursuing social, economic and environmental outcomes.

A business model describes the logic of how an organization creates, captures and delivers “value”. But, what is the substance of that “value”? Is it about a real solution to a problem or does it simply pretend to generate a new need?

Sustainable Business Model Thinking: The B Canvas is a visual tool for the design and model thinking of sustainable businesses.

The B Canvas is a tool facilitating the reflection from the problem and from there being able to build products and services that offer solutions and are desirable.

Asking those questions I understood that the central column of the traditional canvas should be changed by the following 3P’s: Problem, Purpose, and Value Proposition (the solution to the problem). If you are really able to fall in love with a problem you´ll change the value proposition until you reach the most efficient way of solving it, therefore eliminating the competition!

That central modification made me modify the focus of the rest of the lockers, the relationships must now be the “communities of impact”, the segments should be those to whom the problem is solved and who purchased my value proposition (in some opportunities this segment intersects, other times they are very different) and at the base of the canvas, where the monetary results are (costs and incomes) the component of “expected metrics of socio-environmental impact” must be added understanding that socio-environmental positive results are a big asset for a company in the current era of sustainability.

An example, the Guayaki Case

Guayakí is a B Corporation which aims to regenerate 200.000 acres (more than 80.000 hectares) of the Mata Atlantic Forest and create more than 1,000 decent jobs by 2020. To do so, it produces drinks with a base of yerba mate (a native plant from the Mata Atlantic Forest which allows for this regeneration) and markets it in the United States and Canada to responsible consumers. It is one of the most fascinating cases of success within B Corporations and in the “Restoration Market“ segment. 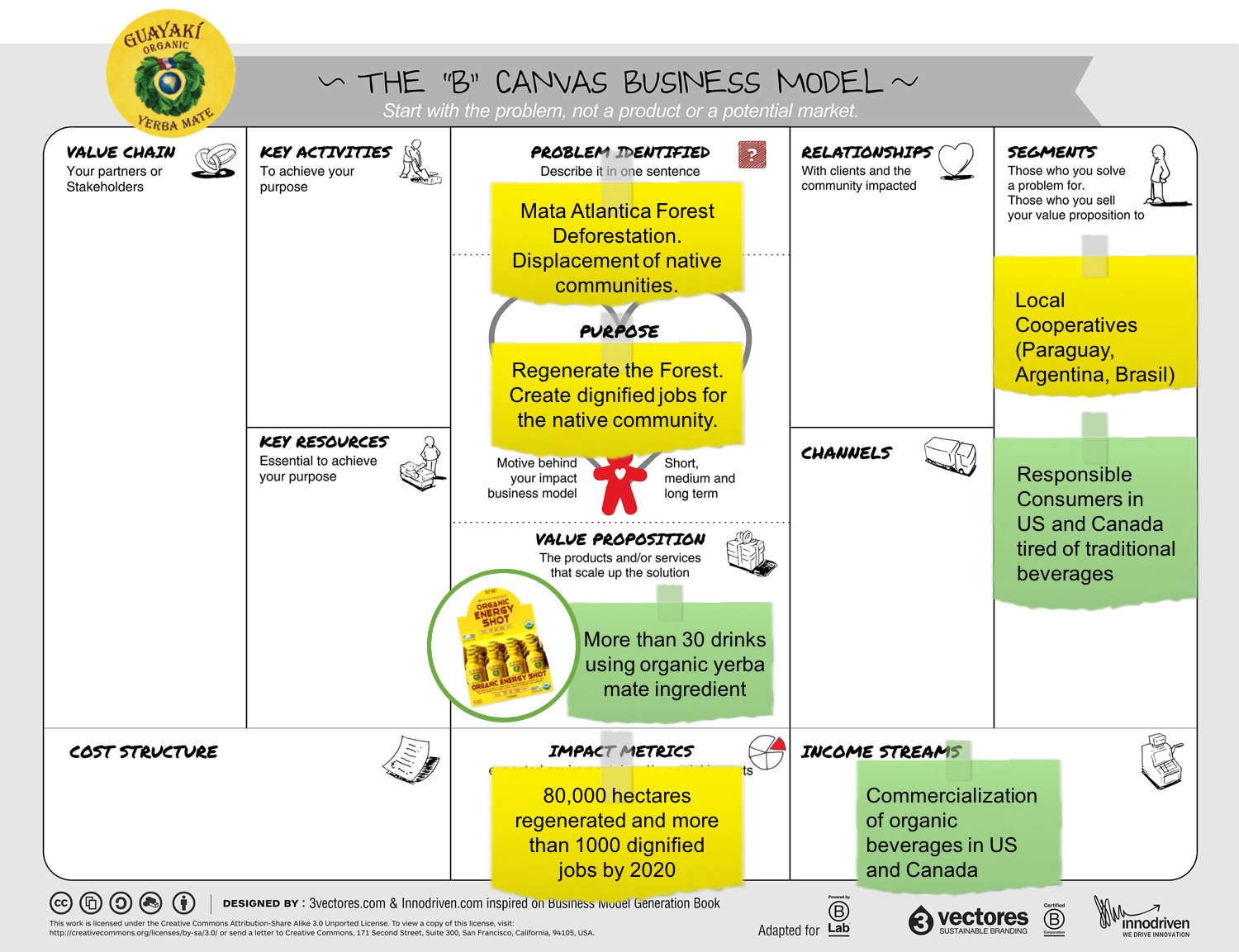 Over 500 professionals use the B Canvas

The tool was not only a solution for our workshops, as many facilitators began to ask for it, experience it and use it frequently.

Today the tool is used by more than 500 professionals and entrepreneurs in Argentina, Uruguay, Brazil, Chile, México, Colombia, Paraguay, Spain and even in a university of South Africa and Start-Up Weekends with a social focus in the United Kingdom.

Social entrepreneurs love the B Canvas, they understand it immediately, so much so that several programs of social innovation in the region use it daily in their workshops. Sistema B, Socialab, Ashoka, Innovation Centres, Universities, many businesses and entrepreneurs, mentors, and many more have sent us pictures of workshops we share below.

If you want to go deeper about using the B Canvas you can read the Post of Juan Sobejano, Design Thinking to solve problems, the Canvas B (spanish only).

Design Thinking and the U Theory